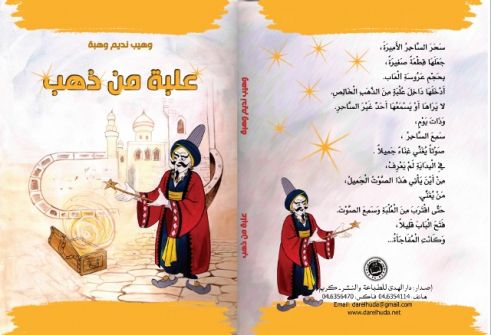 (A story lies on the domes of magic)

For the poet and writer: Waheeb Nadeem Wahbah

When creativity is a purposeful and directed to Goodnes, and when its  pillars  are love, music, freedom, the beauty of nature and the peaceful reconciliation between man and creatures, and promotion of these values and strengthening them ​​in the souls, through the integration of science fiction and reality, so this sublime creativity must be commended and highly praised, and should be traded in renewed and repeated publications, And here it is The "Gold Box" for the poet and writer Waheeb Nadeem Wahbah, and its letters that are rolling again on the printing equipment in Dar al-Huda, to issue the second edition 2012 new version and a new  review, immediately after the publication of his book "Keys of Heaven," which won the Lebanese Award for this year 2012.

"A Gold Box" is a story that suits young and adults, in an elegant edition with thick skin and glossy paper, the story is also embellished with beautiful graphic, expressive and attractive drawings, supervised by the Persian Artist Fatima Bour Hatami.

In essence, the story moves away from the creation of rosy worlds, taking the adolescent away from his reality, but it deals with a subject of social and psychological dimension, and aims to instill immortal values ​​such as tolerance, love, honesty, cooperation and harmony, and developing in the adolescent's affiliation to the universal human identity, the story depends mainly on the foundation of love, music, freedom and the beauty of nature, besides the peaceful reconciliation between man and creatures, and the promotion of these good values ​​in the hearts of readers.

The story is interesting, purposeful and directed towards goodness and creativity, talking about an educational journey across the globe, integrates science fiction and reality, and focuses on the element of imagination, the fantasy, which has become a strategic motive in the culture of children and the adolescent, especially in the age of science and technology, the spirit of the scientific researches has become a strong motive, spreading the spirit of research, innovation and creativity among the adolescent people.

The Poet Waheeb Wahbah is forming in the story a unique, dynamic and beautiful world, full of imaginative and legal dreams that can be achieved, through the love of adventure and the relentless pursuit without fatigue, reaching all the banks and touching them easily, without difficulties, telling about the habits and traditions of peoples, the nature of their lives, and the different shapes and lifestyles they practice and live.

The story lies on the domes of magic, and embellished by the language of a light charm, entering the pleasure to the heart and mind! In a language close to the world of adolescent people, with rich, easy, emotional, tender and simple language, shaping events, mixing between the art of interesting narration and photography, and carefully pulsing with poetic, clarity and simplicity, employed in a simple manner and skillfully woven without pretence, as if he has overloaded it with the secrets and the mysterious sides of the adolescents and their worlds!

The style is smooth and interesting without ambiguity, ranging from easy to difficult. The story is formulated in a way that captures the reader without falling into the trap of preaching. It is interspersed with a civilized practice that combines sense and feeling, and dealing with thought and body. It exceeded the partial to the entire. The characters in the story combine and move spontaneously and smoothly, mixing between descriptive, narrative, between narration and fantasy, leaving an effective impact  on the soul and memory!

The magician does not take a picture of a bad or a good, but a neutral role is almost a parental role and moral motivation, watching closely, and leave taking the decision in the hands of the adolescent, until she reaches the end of the journey, and she must choose after she has been released from her gold and magic box!

The girl is aware of her faculties of her intelligence and beauty, and knows well her potential abilities that are inherent in the depths of herself, and despite her imprisonment in the box of injustice and darkness, she was seeing a bright focus at the end of the horizon, calling her to achieve her buried dreams.

The Golden Box is a symbol of imprisonment, injustice, submission, likeness and the dryness of life. It works to oppress and suppress the adolescent within the bottle of denying of his self, imagination and creativity, without renewing even if he reproduces, and thus becomes a graveyard of conscience and emotion!

Sleeping may seem natural, but symbolically meant isolation and idleness, which soon awakened the seed of the girl's desire for freedom, and the aspiration to open-mindedness to the cultures of the world!

The places and times in the story are subject to the imagination of the reader, and they do not pass in their natural form, although there is an apparent behavioral stability, but inwardly; they are flashy messages directed to a young adolescent generation of girls and boys so as not to fall as an easy catch for temptations or seduction when they are tested and are apt to face experiments during the course of their life. Moreover, they inspire adventure, risk-taking and prevention, and motivating perseverance in taking preventive measures.

Why does the poet Waheeb Wahbah resort to the story rather than to poetry? Does he keep pace with the experiences of our emerging generations of transformations and radical changes, wandering in aspirations, questions, dreams and anxieties, drawing from their living reality the events of his stories, with branched and interrelated details?

Is the story for him just a way to pass the leisure of this category, or does he believe that the story covers the needs and aspirations of the adolescent, and affects his behaviors in the case of proper reporting?

Is he looking forward to contributing to the creation of an effective and creative recipient, and thus trying to establish an attentive and alert      generation worthy of celebrating and supporting its capabilities and taking care of them?

In the seventeenth century, the stories of magicians moved from oral narratives to the written story. These stories were aimed at adults until the 18th century, and were written and reformed again by several authors such as Brothers Grimm, Peru and others who mainly enriched the children's library with wonderful stories, some are translated into Arabic, and in the twentieth century moved to the big screen!

Why does the poet Waheeb Wahbah resort to the magic form in the story? Is it because these stories are the product of many cultures and have attraction and popularity on a large global scale? Is it difficult to explore and cross the daily disturbing and puzzling events, only through a magical form can promote his imagination and language to a wider horizon, or it can mount up to a magical world, to give events more attention, through which to overcome the prohibitions, so it will be easy for him to dazzle the adolescent with the elements of imagination and the kinds of curiousness?

Does this strange magical universe increase moral and psychological dynamism, taking on the problems of life a bright plot that opens the horizons of dreams and imagination?

Waheeb Wahbah, poet and playwright, has many plays and poetic works: "The White Angel", "Gifts and Kisses", "The Breast of his walls",  "You are sweeter", "The impact of The Horses' hoofs", "The Crazy and The  Sea", " A Window of Death and Other", "Steps on the body of the desert", "The Keys to Heaven", "The Book of Paradise", "The Bridge",  and dozens of works in Arabic, translated into several international languages.

A Gold Box: As it is stated: (The story is a journey to the seven world regions, adventures in fictional imaginary worlds in a human fabric linked to reality and imagination, and the use of the song to liberate the self and the land).

- Writer of the article: poet and literature - Amaal Awwaad Radwaan – has some poetry collections and several creative works.

-A Gold Box: a story for the young - the author - the poet and writer: Waheeb Nadeem Wahbah.

-A Gold Box: The story is a journey in the seven regions of the world for the liberation of the self and the land and to return to the homeland.

-Number of pages of the book 64 with graphics / number of drawings 12 with cover / book size 17 width / length 25 / year's version - Issued in Arabic in two editions. First  Edition 2009. Second Edition - 2012. Third edition translated into foreign language 2012. In 2013 - presented to the stage of theater – the recorded version in the library of international lighthouse – For the reader Abeer Shaheen Khatib in 2017. 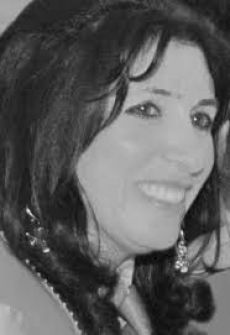